The Artelope database provides scholars and theatre practitioners with information related to all of Lope de Vega’s plays (or those attributed to him) in an interactive format that enables research. Single plays or groups of plays can be searched using twenty-two fields of information, organized in four sections: bibliographical data, pragmatic data, characteristics, and a digital library (texts in html markup).

ASODAT (Asociar los datos) is a coordinated project formed by several research groups whose objective is to connect the information of different databases related to early modern Spanish theater and its documentation. 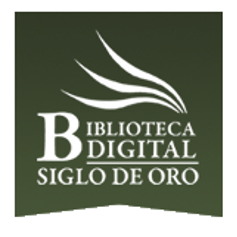 The Biblioteca Digital Siglo de Oro offers resources for researchers and the interested public related to: literature; history; the history of books and libraries; and the history of art of the 16th and 17th centuries.

Features include four separate databases and digitized editions (facsimiles and transcribed texts) of the following: Emblem books (heraldry); Relaciones de sucesos (chapbooks dealing with the news of the world); reference works such as bibliographies, encyclopedias, and dictionaries; inventories of private or institutional libraries of the Golden Age.

The primary purpose of Biblioteca Virtual Miguel de Cervantes is to make available classical and relevant works of culture in the different Hispanic languages free of charge, as well as provide access to the most significant research and studies concerning them to users from all over the world.

Their mission is to also promote research in the different areas of the digital humanities and carry out the development and analysis of technological tools and services that facilitate the use of their growing set of digitized materials.

The database CLEMIT (Censuras y Licencias en Manuscritos e Impresos Teatrales) gathers documents of the censorship of hundreds of Spanish dramatic works over the centuries. CLEMIT can be searched by title, playwright, censor, and date and place of performance licenses. 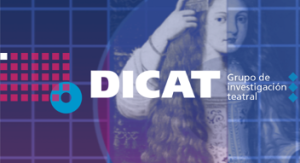 (DICAT) Diccionario biográfico de actores del teatro clásico español is a database published in 2008 by the Reichenberger publishing house, on a DVD, accompanied by a short introductory book. The aim of this project, started in 1995, was to take advantage of the possibilities that the so-called new technologies were beginning to open up in the field of Humanities.

DICAT functions as a tool that not only brings together abundant information already existing in Spain regarding actors and actresses, but does it critically, collating and evaluating the contradictions incurred by the data and strengthening the relationship between them through searches.

Due to the obsolescence of DVD players, the publication is now available online to facilitate its consultation.

Digital Música Poética (DMP) is a database that offers a systematization of the information related to songs and dances included in early modern Spanish plays.

DMP can be searched by composers, poets, first lines of songs, themes of the songs, strophic forms, musical instruments, titles, and playwrights. One can also search by dramatic genre and how it relates to music.

EMOTHE is a project for the study, and dissemination of the classical European theatre heritage (16th and 17th centuries), based on its canonical plays in five different theatre traditions: Spanish, French, English, Italian and Portuguese. Its main results are a database offering information itemized in various fields, and a Digital Library, in which each play bring researched in its original language, allows the display in parallel of texts related to it: translation, adaptations or versions.

The project does not try to build a history of the theater, but to insert the texts of the European theater, their translations into other languages, the history and memory of their representations, the data and documents that identify them, and the resources and strategies to know and study it, at the center of the European cultural system of references.

ETSO (Estilometría aplicada al Teatro del Siglo de Oro) is a new resource used for research which deals with the complex and necessary issue of authorship. The reports that ETSO provides are the result of lexical frequency analysis, carried out with the Stylo program, of more than 2,700 plays (mainly plays and autos), corresponding to more than 350 playwrights from the 16th and 17th centuries, which currently constitute its growing corpus. Each text is contrasted with the entire corpus in order to determine with which pieces and authors it presents the greatest similarity. In addition, the Transkribus program transcribes and modernizes old prints and manuscripts automatically with a high degree of accuracy. ETSO uses other stylometric or Artificial Intelligence techniques to analyze the texts. 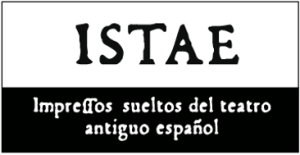 The ISTAE project (Impressos sueltos del teatro antiguo español) aims to create a database that gathers and describes the singly printed plays published between 1600 and 1834 that contain texts from the Spanish theater of the Golden Age. The purpose will be to identify these editions thanks to a description system that integrates the elements for the recognition of an old print, as well as those that are typical of the release. The database is updated periodically with new records.

This website presents a study about Literatura de cordel y teatro en España (1675-1825). Originally it was presented in 2008 as a doctoral dissertation at the University of Alcalá (Spain)

The purpose of MANOS database is to catalogue and analyze theatrical manuscripts and the copyists associated with them. As the center of MANOS, the database offers information on the identity of the copyists of the manuscripts—playwrights, professional copyists, actors, or other members of theater companies.

In each case, the nature of the calligraphy is linked to other data, related to the author of the manuscript, its copyists, its use for representation, and to digital images of the manuscript. It can be searched by title and by the name of those who participated in creating and copying the texts.

Moretianos focuses on the study of Agustín Moreto’s (1618-1669) complete works. Moretianos is also part of the PROTEO research group based at the University of Burgos.

Mujeres Impresoras is a valuable source of information related to the role of Spanish women in the world of books and printing between the 16th and 19th centuries.

This resource is divided into groups by centuries: each period follows the same arrangement: an introductory text of each period, followed by a section of printers classified by their place of business. There are several images to support the entry for each printer.

The PROLOPE Group, was founded in 1989 at the Universitat Autònoma de Barcelona by Alberto Blecua and is currently directed by Ramón Valdés. Its main objective is to undertake the critical study of Lope’s entire theatrical output. Lope’s is one of the greatest and most prolific playwrights of the Golden Age and of the history of Spanish literature. His preserved dramatic work are estimated at more than three hundred comedies of certain authorship, in addition to those of doubtful attribution.